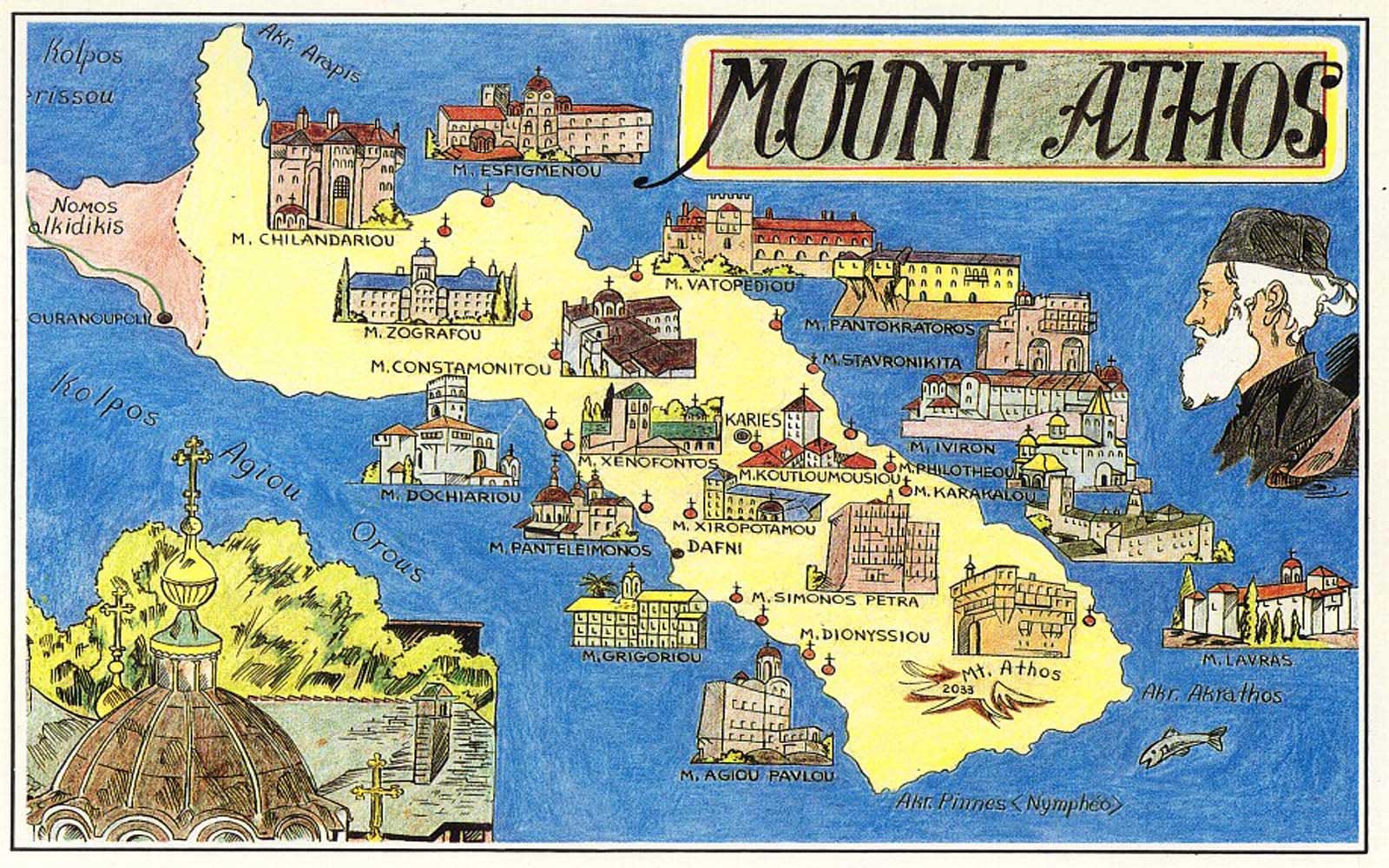 Peninsula of Mount Athos is spreading into an area of pristine forests, ending in Mount Athos who contemplate the world from the 2033 meters. Mount inhabited exclusively by monks, and they can visit by special permit only men as applies inaccessible for females.

For tourists cruises conducted on a daily basis, a unique excursion not to be missed no visitor of Halkidiki. View historical monasteries emerge over steep cliffs and secluded cloisters onto pristine beaches. In every ship is a detailed description of the monasteries and their history.

For the excursion are daily routes by two other, Ormos Panagia and Ouranoupolis. From Ormos Panagia is situated 25 km. From Gerakini The excursion includes a tour of the west coast monasteries, dining stop in Ouranoupoli, and return in the afternoon. During the journey, aboard the ship (Pirate) and made various hapening as dancing and singing. Ouranoupolis with a distance of 75 km. From Gerakini, the trip includes only tour of monasteries and lasts about 4 hours.